Nick named as Mango city and steel city, Salem is the fifth Municipal Corporation in Tamil Nadu and the fifth largest city of the state entrenched in the Salem district. Being the headquarters of the Salem district, the human civilization in Salem can be traced back to the Stone Age as innumerous Paleolithic and Neolithic implements of stone and heaps of dung ash has been found around the region. The city lies at the base of Yeracuda hills which is a much touted tourist spot with all the ebullience of a hill station. 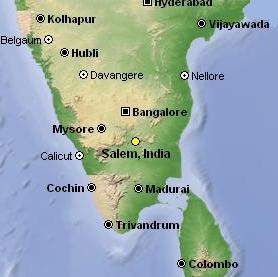 The city occupies an area of 100 km2. The city derives its name from Sela-nadu an adaptation of Chera-nadu denoting the rule of Chera dynasty in the region. History reveals that Salem is a part of Kongu nadu region. Salem has an array of hills in the eastern side and a branch of Cauvery on the western facet.
Renowned for handloom weaving of silk and cotton, the city also is a well known industrial center with chemical and electrical factories. Indian institute of handloom technology is located in Salem which is the second of its type in India.

Salem is beleaguered by hills on all sides:
Within the city, Kariyaperumal Hill is located to the South-West.  Pachai Malai, Shervarayon Hills, parts of Eastern Ghats, Sankagiri Malai are found in Salem. The average elevation of the city is 278 meters. The place is rich in Iron and Magnetite.

In consensus with the 2011 provisional census, Salem city owns 831,038 poulation with the males dominatinng. The sex ratio suggests that there are 987 females for 1000 males. The male literacy is outstanding with a percentage of 89.7% in contrary to the female literacy of 79.4%. It was also chronicled that 73,218 of the population comes under 6 years.

Salem is underlined by a dry weather except during the monsoon period. Summer has the scorching sun and befalls in March after a pleasant weather in January and February. The abrasiveness of the sun resumes until May after which the land commences to cool a bit. The maximum temperature experienced in the region is 37.9?C and the minimum temperature is 18.9?C. As August approaches, sign of mini shower stems by heavy clouds cluttering in the sky but only scanty rains result. 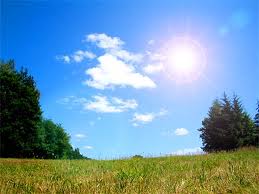 The North-West monsoon in the September- November is more overpowering in the region with heavy rains. December to February is characterized by a pleasant and vivid climate in Salem.

Millets, rice, groundnuts, pulses, sugarcane are some of the crops cultivated in Salem. The district has five agricultural divisions namely Salem, Attur, Sangakiri, Omallur and Mettur each with an agricultural extension centers. The Agricultural department has a soil testing, fertilizer testing, pesticide testing, mobile soil testing laboratories operational along with a bio-fertiliser production unit and farmers training center. 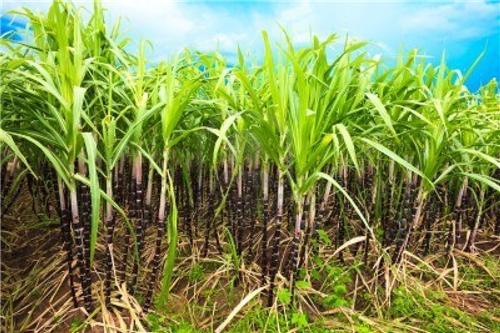 The tributaries of Cauvery and Vellar drain the city of Salem. The district is located on the Thirumanimuttar River near the Attur gaps between the hills of Panchamalai and Kalrayan. 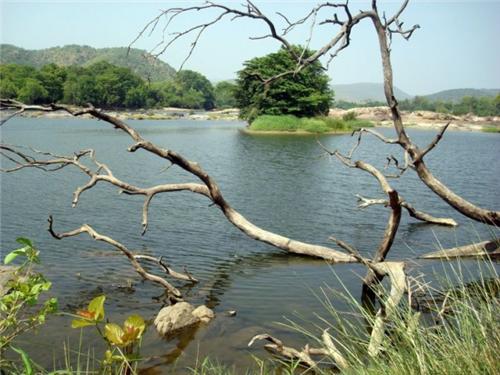 The branches of Vasishta Rivers and Sarabanga river is also found in Salem.