Salem is one of the fastest growing cities in Tamil Nadu. It is an important textile center with more than 125 spinning mills, garment factories and weaving units. Salem is also popular a popular religious destination. Many historic temples can be found in this city. People from far and near visit these temples regularly. Kandhasramam is one the ancient temples in the city that tourists are interest to visit. 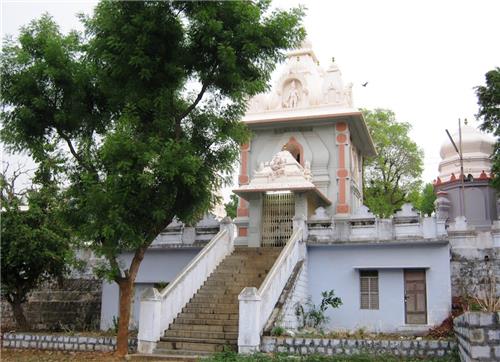 History of the Kandhasramam Temple

Shantananda Swami was the follower and great disciple of Swayamprakasa. He was associated with the Avadhoota Dattatreya Sampradaya of Gujarath. He also took active part in several activities related to philanthropy.

This unique temple was planned in May 1968 by Om Shri Santhananda Swamigal. It is believed that Skanda came in the dream of Swamigal and ordered him to build a temple. Devotees sing Skanda Kavacham in praise of Lord Skanda in this temple.

The deities who preside in this temple are Murugan, worshipped as Skandha Guru, Lakshmi, worshipped as Ashtabuja Mahalakshmi  and Parvati, worshipped as Durga Parameshvari. The Maha Kumbabisekam of this temple was performed on February 8th 1971. Shri Ashta Dasapuja Mahalakshmi and Durga Parameswari resides in the Maha Mandapam also known as Skandamatha. The attractive statue of Gnanaskandan (Bala Dandayudha Pani) stands opposite to the statue of Durga smiling. This position of idols facing each other is unique only to this temple. All the statues in the temple are in the standing position. Apart from these the temple also has idols of the four Nayanmars (Saivite saints )Sankara, Vyasa, Ramanuja and Madhva. 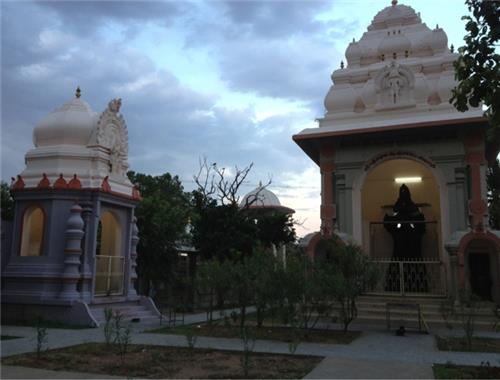 In the north side of the temple premises, one can see two 16 inches  statues of Shri Panchmuga Anjaneyar and Shri Panchamuga Vinayagar. The statues show the greatness and spiritual knowledge of Om Shri Santhananada Swamigal. There are also temple of Vinayaka and Hidimba on the either sides of the main temple.

The abhisekam of the deity takes place at 8 every morning. At 11 am special pooja is performed to the Lord. No archana is performed in this temple which is very unusual. Similarly camphor is also not lighted. All the devotees are blessed by Skanda and the mother of Skanda ( Skanda mata). On special occasions like Navaratri, Vaikasi Visakam, Panguni Uthram and others, Yagnas are performed in the Yaga Sala which is separate from the temple building.

Kandhasramam is a temple located on the Salem-Attur route at a distance of around 5 km from Salem Udayapatti.  The temple complex is built on the banks of Kannimar Odai stream on the northern end of the Jarugu Malai Mountain. This temple was founded by Shantananda Swami in the latter half of the 20th century.