For a peek view of the white peacocks and multi coloured cranes, Karuvampatti Zoological park is the congruent point. The Zoo situated in the foot of Shevaroy hills of Yercaud is a haven to many endangered species.  Spread over a lavish 31.38 hectares of forest land, the zoo refuges 55 species of animals. Constructed at a cost of 10 crore, the estimated visitors of the zoo during the weekdays are 300 but cross the 700 mark during the weekends. 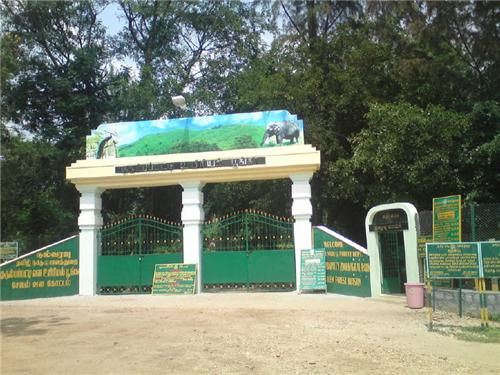 The Fauna at the Karuvampatti Zoological Park:

A salubrious and lush green ambiance welcomes you to the Karuvampatti Zoological Park. A typical placard board fortified around the zoo notifies of the animal location. Subcontinental star tortoises, mugger crocodiles, white peafowl, sambar deer, spotted deer, 58 year old Elephant Andal, macaques, reptiles, rabbits etc are the inmates of the zoo. Animals like Sambar deer, spotted deer, macaques and elephant are seen in open without any enclosure thriving in the free ethos.

Besides the yellow footed green pigeon treron phoenicoptera and parrots, an array of different varieties of Parakeets like Plum headed Parakeet, Rose ringed Parakeet, Alexandrian Parakeet are the bird fascinations of the zoo.  The Parakeets are brought in from the Arignar Anna Zoological Park situated in Vandalur.  The white peacocks have also come in from Vandalur.

A small and separate enclosure is made for the white peafowl and a bigger cage to the water birds like Grey pelican, large throat pouched Grey Heron, Little Egret.  Black bucks from Arignar Anna zoological Park was contemplated to bring on to the Zoological Park. As these animals are human sensitive a comparatively smaller enclosures are envisaged to keep them.

With most of the developments undertaken by the Forest department, the visitor thrust has seemingly improved. To add to its glory, the opulence and the magnificence of the Shevaroy hills has indeed catapulated the value of the spot.  Due to the lack of entertainment and amusement space in the city, it is the Karuvampatti Zoological park that the locals resort to. But the tourists often grouse at the dearth of animals in the zoo and attribute it to the comparatively less attraction countered by the Zoological park.


Other Basic Amenities at the Karuvampatti Zoological Park:

A water body is found in one corner of the zoo for the birds and animals to quench its thirst.  Tributary of this lake runs along the zoo with catchment area erected in the intermittent areas.  But with the advent of summer, this lake dries up.  A children’s park is also erected in the premises of the zoo mainly to attract the child visitors.


The Curbs at the Karuvampatti Zoological Park:

The road from Yercaud to the zoo is a miscreant and a malaise to the travelers as it takes over half an hour to cross the 5 km distance from the Yercaud diversion.  At present there are only five buses operating to the Park which is creating a din among the travelers besides the potholes endured to reach the spot. More bus services are in demand to exalt the position of the park as a tourist destination. After the entry fee is paid, you are allowed to enter the park on ensuring that there are no plastics in hand as the biodegradable waste poses danger to the wild animals. 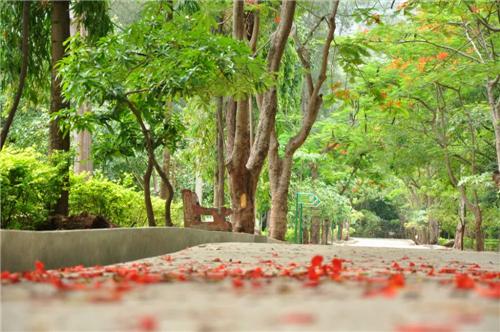 The Environment and forest department has sanctioned a reformation worth Rs. 75 lakhs to the Karuvampatty Zoological Park in January 2013.  The new facets include the concrete roads, signage boards and the outer fencing besides the published leaflets to the visitors to cognize them about the wild life.  Canteen and parking facilities are also hyped by the tourist for better leisurely time at the zoo but the officials are still to lend an ear to that.
The timing of the zoo: 9 am to 5 pm.