We all love mangoes and the favourite abode of the king of fruits is none other than Salem! Imagine a city which is famous for ...mangoes! Another surprise for you is that there are around 100 varieties of mangoes. Well, we have tasted around 5-6 varieties that are readily available in the market. 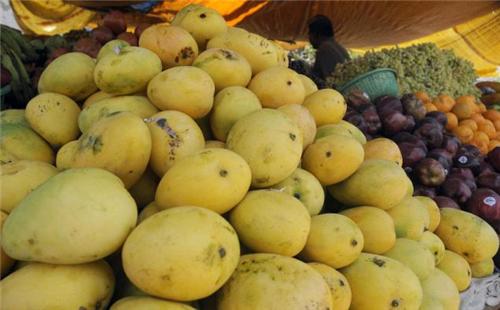 Why are Salem Mangoes Famous

Why is Salem in India referred to as 'Mango city'? Visit the city for yourself in the months of May-June when the market is flooded with different varieties of mangoes or just read on... Famous varieties of mangoes here include Alphonso, Salem Benglura, Nadusalai, Banganapalli, Benglura, Senthura, Emampasand among others.

More than 70 tonnes of mangoes (mostly Alphonso variety) are exported from Salem annually. These mangoes are exported to Malaysia, Taiwan, Singapore and West Asian countries. The traders have to comply by specified sizes and pack the mangoes impeccably before exporting them. There are traders in Salem who have been in this business for the past three generations! Cultivation of mangoes is good if the region receives adequate rainfall.

Nearly 5,000 acres of land is under cultivation for Alphonso mango. The traders are united under a common flag of Mango Growers and Traders Association. Recently, the mangoes were in news due to the ban on Alphonso imports by European Union from India from 1st May, 2014. One of the reasons is the demand of organic (pesticide-free) mangoes from European Union countries. Export of mangoes to EU involves very stringent norms that have to be followed.


Indian States where Mango is Cultivated

Tamil Nadu state in India is famous for Banganapalli, Totapuri, Alphonso and Neelum mangoes. Other state such as Andhra Pradesh, West Bengal, Maharashtra, Gujarat, Uttar Pradesh and Karnataka are also very good mango cultivators. Do you know that 20% of the total mango production in India actually comes for the state of Andhra Pradesh? 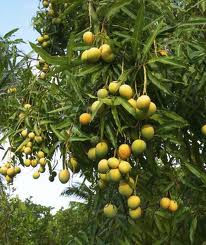 Place where Mango is Available All Year Round

Yes! one of the prerequisites for success in any field is - availability. Mangoes cultivated in North and East India are late bearers as compared to those cultivated in the Southern and Western parts of India. However, in Southern India, there are some regions including Salem where local mango varieties are available throughout the year!

Salem Mango, Alphonso and Banganapalli varieties are packed and exported all around the globe. There are many mango suppliers and exporters in Salem who have done good work and contributed in the good name that Salem has earned as the hub of Mangoes.

Only the best mangoes are picked and selected for export. Mangoes from Salem have a unique aroma and taste as they are especially cultivated in a very professional manner in large farms which are technologically well- equipped for production of mangoes. Superior quality Alphonso mangoes are cultivated using natural fertilizers.


Demand for Alphonso Mangoes in Salem

Alphonso mangoes have a considerable shelf life even after they are ripe. They are good for health, sweet, fresh and tasty to eat, have a rich flavour and weigh somewhere between 150 gms. and 300 gms. each. Even Quick Frozen (IFQ) Diced mangoes are well in demand in the global market. Alphonso and Totapuri Kesar are utilized for this purpose and are packed hygienically to retain their original and exclusive taste.