When visiting Salem how can one forget to visit Mettur? The popular tourist attraction in Tamil Nadu lies at a distance of around 32 km from Salem. Mettur dam is located in the industrial town of Mettur in Salem district. This town is popular for its dam,thermal power plant, chemical and aluminum deposits. The dam is located on the Kaveri delta and opens up every for irrigation in the month of June. The thermal power station in Mettur is one of the major contributors of power to the Tamil Nadu State Electricity Board. The town is a major tourist attraction and people from nearby cities like Erode, Coimbatore and Salem visit this place in great numbers. 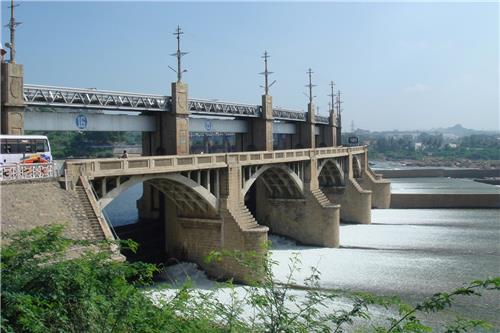 Mettur dam is also known as the Stanley Reservoir. The dam is built across the River Kaveri with a maximum height of 214 feet and a maximum width of 171 feet. The construction of the dam was started in the year 1934 and it took 9 years to complete the construction. The Krishna Raja Sagara dam in Karnataka and the Kabini Dam supply water to the Mettur dam. Two hydro power stations run on this dam one built during the British rule and the econd one built bu the Government of Republic India.

Ellis Park is the integral part of the Stanley reservoir. The park is located under the dam and is maintained by the Tamil Nadu Public Works Department. The park is well maintained with lush green lawns and water fountains. It offers lots of rides and activities for children.

The Muniappan temple is an ancient temple of the Mettur town. The temple belongs to the local deity called Aiyanar. It is believed that this deity possesses power to grant wishes of the devotees and also curse if one angers him. Blood sacrifices are the most common practices in this temple. One can see huge larger than life images of people and animals in the temple that are simply terrifying to look for the people who are new to this region.

People ask for blessings and if their wishes are fulfilled they are supposed to offer iron soears and terra cotta horses to the deity. These offering form the large part of the entrance or front yard of the temple. One can also see the presence of Neolithic stone implements in the centre of this temple. 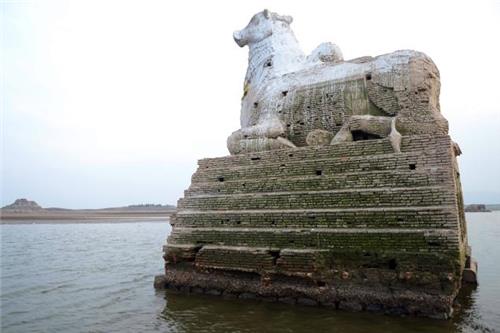 Nanthi is a part of an ancient temple that was built around 200 years ago. The main part of the temple is covered by the sand and is not visible. But when the water level in the dam is low, one can see the idol of Nanthi, the only remains of an ancient temple.

Like the temple even this church is ancient. The church remains immersed in water when the dam is full. The times when the water level is low, one can clearly see the church. To have a closer view of the church, one has to go to Pannavadi and via parasial one can get closer to the church.


How to reach Mettur

Mettur is easily accessible via trains and bus route. The nearest railway station is on the upper part of the Dam and trains from Salem, Erode ad Coimbatore run every morning and evening. Bus leave for Mettur from Salem and Erode in every 5 minutes. If travelling in own vehicle, one can avoid the huge traffic on NH47 by taking a shortcut from Dharmapuri via Thoppur, Mettur and Bhavani. This route saves around 20 km of drive.