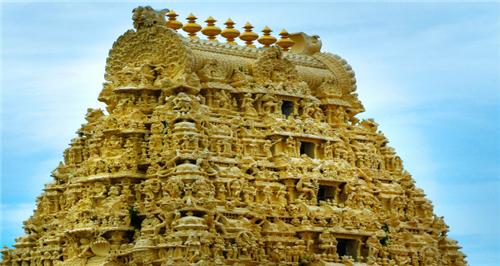 Salem is an important tourist destination but also a culturally vibrant place owing to large number of historical monuments, which comprises mainly of temples but also a mosque and few forts, which makes it a must visit archaeological expedition. Given below is an account of various popular monuments present in the city of Salem and their significance.

The Kotai Mariaman Temple is one of the oldest and most revered pilgrimage centres of Salem City and is situated right in the heart of the city and on the banks of River Tirumanimuthar. The presiding deity of this temple is Goddess Kotai Mariaman. The most peculiar feature of this temple is its most celebrated and awaited Shevapet.Mariaman Temple Car Festival, which is held at this temple every year, between the months of June and August and lasts for about a week.

The Sugvaneshwarar Temple, situated near the old bus stand of Salem, is one of the most important pilgrimage sites in the city of Salem. It was constructed during the middle of 13th century AD, by Mamanan Sundara Pondiyan. According to a folk legend, Sage Sugha Brahmarishi worshipped and performed penance at this place. Arungirinadhar also sung a song on Lord Muruga, right at this temple. The interiors of this temple contain several historical monuments and a statue of its main deity. 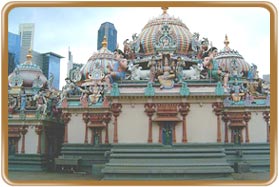 The Arulmigi Alagirnathar Temple, also known as Thirukoil Kotai Perumal or Kottai Perumal Koil, is situated in the heart of Salem City. This temple was built many centuries ago and its most important feature is its ancient sculptures. Vaikunt Ekadasi is the most important festival celebrated at the temple, during which, the place is flooded by a large number of devotees.

Few of the other festivals celebrated here throughout the year include Brahmotsvam, Pavitrotsavam, Navaratri and Puratsi.The Aandaal Thirukalyanam is another special occasion at this temple, during which, a specially made garland is brought from Sri Vili Putur, to honour the deity of the temple. There are two more important temples nearby that are dedicated to Azhagiri Perumal and Mariamman. In 1853, these deities were moved to the Karapura Nathar Kovil, when the Perumal Temple turned into ruins. They were brought back when this temple was rebuilt in 1864.

The EllaiPedari Aman Temple is situated near the Government Arts and Science College in Maravaneri, Salem. It is mainly popular for its week long festival that is celebrated between the months of March to April. The main custom of this festival is walking on fire by the devotees.

The Ayodhyapatanam is a suburban town, situated at a distance of about 12 km from the city of Salem. The name of the town is derived from the name of the town Ayodhya, which was the birthplace of most revered Hindu lord Lord Rama. Lord Rama is said to have stayed here on his journey from Sri Lanka, at the end of his war with the demonic king, Ravana. The surroundings of this temple also comprise of a Vishnu Temple, with Kodandarmar as its main deity. A weekly market is  held here, which was established by the Local Board in 1894.

Kandasramam is a temple complex situated at a distance of 6 km from the city of Salem. It is situated in the extreme northern end of the Jaragu Malei Mountain, on the banks of a stream called Kanimar Odei. This complex was constructed between the years 1971and 1972, by Santanandha BrahmendraSwamy. There are three prime deities of this temple, namely Murugan, worshipped as Skandha Guru; Lakshmi, worshipped as Astabuja Mahalakshmi; and Parvati, worshipped as Durga Parameshwari.

The Kandhaswamy Kovil Temple, also known as Kalipatti, is a Muragan Temple and one of the wealthiest temples in the Salem District. This founding stone of this temple was laid by Pazhani Kavundar and was later built by Kateri Lakshman Kavundar, in the 18th century AD. Devotees that come to the place are cured by ‘karum sambal’, which is derived from the poison of a snake and is believed to act as an antidote for various ills of the body.

1008 Lingam Temple is another famous temple of Salem. This temple is located in Ariyanor and is under the aide of a private department of the Vinayga Mission. The main feature of this temple is the presence of 1008 Shiva Lingams, with Nandi in the ‘moolasthanam’(prime position).

En route to Elampillai, the place is associated with Sidhar saints and attracts devotes in huge number.

Jama Masjid is one of the oldest mosque of Salem, situated on the southern most  banks of River Thirumanmuth. This mosque is said to have been built by the ruler of Mysore, Tipu Sultan, who is also considered to have offered prayers at this mosque. This mosque was also given the title of Masjid Inam by the British Government, in the year 1863.

The famous Ardhanareeswarar  hill temple (one of the 63 manifestations of Lord Shiva, representing the unity between God Shiva and Goddess Parvati is situated in Tiruchngode. This is an ancient temple mentioned in the Tamil work Silapathikaram as Neduvelkunr. It is also famous for Chenkottu Velavar (Lord Muruga) Temple, which is situated at the same hill. 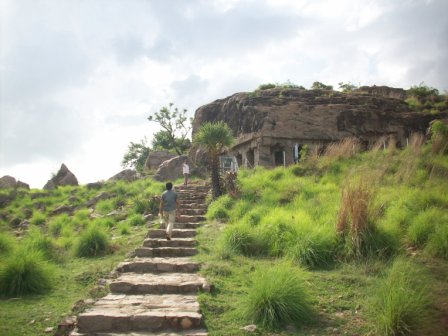 This place is popular for Someswar temple, which attracts lots of devotees from across the country.  iThere is a boulder similar to one at Maladi hills, which is about 42ft. high and almost equally broad. A well known cement factory is also situated there since limestone is found here in abundance.

Sankagiri Fort was built in the 15th century AD  by the empire of Vijayanagar . It has 13 fort walls built on and around a hill and the last phase of these walls were built by the British colonisers. The fort effectively served as a British tax storage facility for Kongu Nadu, a region comprising the districts of Salem, Erode, Coimbatore, Tiruppur ,Namakkal and Dinduka.