Places to Visit in Salem

If you are longing to spend your holidays in a calm and cool place, you can surely visit  Salem. Salem is the birth place of famous Tamil Poetess – Avvaiyar’s . Being the central part of Tamil Nadu, it is an important linkage between various parts of the state.It is famous for stainless steel and is Tamil Nadu’s fourth largest city.Surrounded by hills on all sides, Salem is also a part of the Kongu Nadu (Coimbatore and Erode) region of the state. 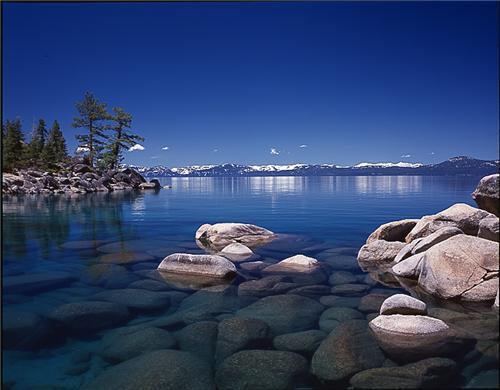 Salem is at the base of the renowned tourist destination of Yercaud hills, which offers breathtaking and enthralling views both along the ride up the hill and from the peak. There are also other remote sites of beauty such as Kiliyur Falls.The city is surrounded by a natural embellishments of hills formed by the Nagarmalai to the north, the Jeragmalai to the south, the Kanjanmalai to the west, and Gudumalai to the east.During the month of July, the famous Mariamman festival is celebrated in Salem for about a fortnight.

On this occassion, lots of Mariamman (Hindu Goddess) temples here attracts large number of tourists. This period is undoubtedly the best to visit Salem. Yercaud hills is near to Salem. The climate in Yercaud is between 12 degree celsius and 30 degree celcius. The thick forest slopes all along the height are suitable for trekking. You can enjoy the aroma  of coffee and orange coming from the orchids and plantations in the hills.


Places to Visit in Salem 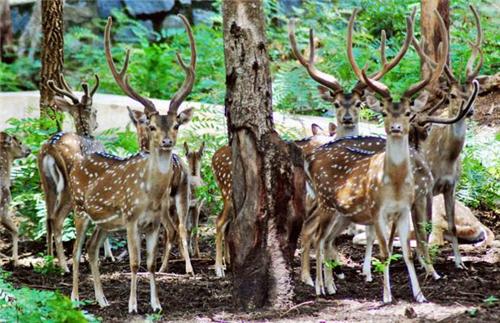 Kurumpapatti Zoological Park is a small zoological park situated at a distance of 5 km from the city of Salem. This park is mainly known for its exquisite bird species, like the rare white peacock and small multicolour cranes and therefore is a haven for birdwatchers.

Situated in Tamil Nadu, Kolli Hills rises 1350 m into the sky. It takes 70 pen bends to climb to the highest peak of this place. The best places to go for sight-seeing would be Sekkuparai and Selur Nadu. They are at the moment being promoted as important tourist attractions.  Well this place has pineapple research farm which breeds a variety of never seen before pineapples and also hybrid apples.The myth of Kolli Hills not being of any use to adventure lovers is not really true. It has now been favored by the trekkers, hikers and spiritual seekers, alike. The government is going full guns and has already started giving this place a sort of face lift. If the idea of being at an untouched Eastern Ghats excites you then Kolli Hills are definitely worth visiting.

If you want to experience this offbeat destination at its best then the best time to visit would be during the monsoons or post-monsoons. The mountain is a site of pilgrimage, because of the famous Arapaleeswarar temple, which is believed to have a secret path to the Shiva temple in Rasipuram.

Agaya Gangai  waterfalls is located in midst of  Kolli Hills in the Eastern Ghats. Panchanathi, a jungle stream flows down as the Agaya Gangai , near the Arapaleeswarar temple atop the Kolli Hills in Namakkal district, Tamil Nadu.

It is a 320 ft waterfall of the river Aiyaru situated close to Arapaleeswarar temple. It is located in a valley that is surrounded by mountains on all sides.

Hogenakkal is a place situated in Dharmapuri, at a point where the Cauvery River enters Tamil Nadu. It is regarded as the chief amusement spot in Dharmapuri. This beautiful place in the state of Tamil Nadu is full of picturesque scenes and is ideal for photography. At this point in Hogenakkal, the broad stream of the river Kaveri gets diverted. It forms an island from where one stream continues and falls into a deep gorge to create a breathtaking waterfall.

The spray of this waterfall creates clouds of droplets, which looks akin to a smoke, hence this place is known as Hogenakkal (Hoge means smoke and Kal means rock) thus, meaning a smoking rock.The Kaveri River flows in a  gorge so narrow that it could be easily leapt by a goat. Therefore, this point in Hogenakkal is called Meka Dhattu (Goat`s leap). Bathing in this fall is considered beneficial for health as the water of Cauvery flows through a herbal forest before it reaches Hogenakkal. Hence, numerous people come here to bathe. It is a perfect holiday spot and one can take the best of it by taking long walks and treks.

Poiman Karadu is situated on the Salem- Namakal National Highway, 10 km away from the city of Salem. The peculiar feature of this place is that, from a particular point, more specifically a cave between rocks on the nearby hills, this place looks like a deer with two horns.

Mettur, meaning 'town with crests and troughs', obtained its name beacause of the undulating rocky naure of the land that makes the town an ideal place for the Dam on Cauvery river the life line of north and central Tamil Nadu.

The Mettur Dam is a large and the oldest dam in India built in 1933.It was built in a gorge, where the River Kaveri enters the plains. It provides efficient irrigation facilities to other district farm land.Built at a length of 1750 meters,the Mettur hydro electrical power projects station is situated there.Sorrounded with the hills makes Mettur as major tourist attraction. The upstream of the dam is called Hognekkal fall.

This is a natural lake situtated near a village called Panamarthupatti. Situated very near to the suburbs of Salem City, this lake is used to provide water in some parts of southern suburbs of Salem City, as well as for the agricultural lands around the lake. The net area covered by this lake is around 550acres. Tourists are attracted by the picturesque features of the lake.

This lake is even named as Vedanthangal of Salem District, as the lake attracts many rare birds during the season.PanamarathuPatti has fequent bus services from Salem Old bus Stand. A drive to this place is also a good idea. It takes around 20-30 minutes to reach this place from Salem City. A deviation from Namakkal road-NH7 takes one to Panamarathupatti.

The Kiliyur Falls is a popular attraction of Salem, situated 4 km away from the city. These falls drop from a height of 310 ft and are famous for  activities like boating and swimming.