Salem is a district in Tamil Nadu that is located in the northwest of another popular city of Tamil Nadu, Coimbatore. The city has undergone lots of urbanization and ranks fourth in the state in terms of urbanization. Population wise Salem is listed in the fifth position in Tamil Nadu. Salem gets visited by people of different spheres for various purposes; the transport facilities in Salem are quite good. Roads are well developed and apart from having buses as the means of local transport, numerous private as well as public buses ply from Salem to the nearby cities as well as far off cities of Tamil Nadu and Hyderabad.  There are national highways that have their origin in Salem or pass through it. 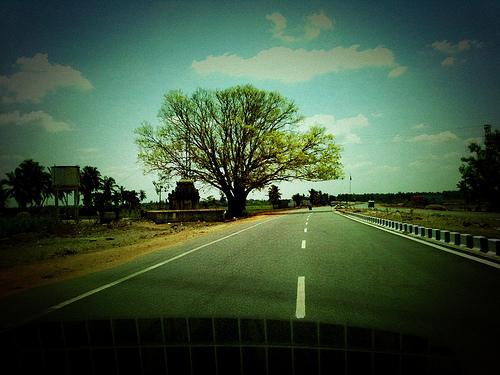 Having important national Highways in within and around Salem makes it easy for the commuters to travel conveniently and comfortably through road. Apart from bus services by SETC (State Express Transport Corporation) and TNST, private Volvo buses(with A/C) offered by KPN travels area also available in Salem to travel within the state and also outside the state.

Salem has three important National Highways either passing through it or originating from it. They are:

This north-south national highway has its origin at Varanasi, Uttar Pradesh and ends at Madurai and Kanyakumari (Tamil Nadu). This National Highway passes through Salem.

This southwest national highway has its origin at Kondalampatti, located in the outskirts of Salem and ends at Kanyakumari. This national highway passes through the places like Ernakulam, Thrissur, Coimbatore, Palakkad, and Trivandram. 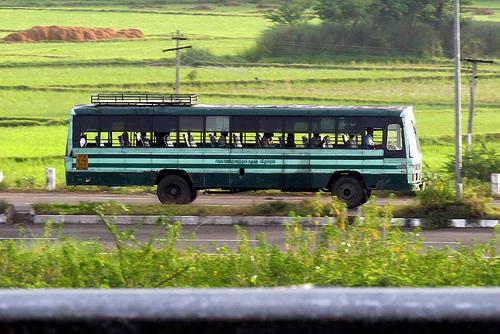 This eastward national highway has its origin at Seelanaickenpatti, a place located at the southern fringes of Salem and it meets another national highway (no. 45) at Ulundurpettai. This national highway passes through various important places like Chinnasalem, Talaivasal, Kalkakurichi and Attur. Most of the people prefer to take this route when they travel to Chennai from Salem.

All the national highways in Salem have four lanes.

Salem city has got 6 major roads. They are:

Anna Flyover in Salem is the oldest flyover. To ensure traffic movements from Salem to Coimbatore and Salem to Cochin happens smoothly, Trumpet Interchange has been constructed on NH 47.

The headquarters of Tamil Nadu State Transport Corporation (TNSTC) Division 1, Salem and Division 2, Dharmapuri is Salem. After Chennai, Salem has the maximum number of buses running between:

After APSRTC, Tamil Nadu State Transport Corporation or TNSTC, is the second largest bus transport corporation run by the Indian Government. Apart from having services within the all districts of Tamil Nadu, bus services are there to the neighboring states like Kerala, Andhra Pradesh, and Karnataka as well as for the union territory Pondicherry. 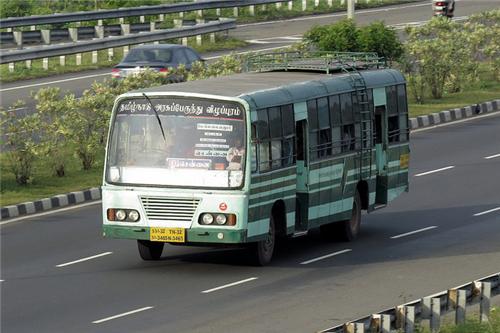 Services operating in town are 780 and a service operated in Mofussil and Ghat is 689 and 17 respectively.  The total numbers of depots are 30. The important depots of Salem region are Mettur, Namakkal, Rasipuram, Johnsonpet, Meyyanoor, Omalur, Sankari, Edappady, Thiruchengode, Attur, Erumapalayam, and Valapady.

Salem has two main bus stations from where inter-city/state and intra-city/state buses run.

Town Bus Stand- This is the old bus stand and is meant for local bus services.
From Salem Junction Railway Station, 24 hours bus services are available to both these bus stations.

K.P.N Travels India Limited is one of the major private bus service providers. The company has services in the states of Karnataka, Pondycherry, Kerala and Tamil Nadu.  Luxury Volvo buses, friendly staff members, quality and timely services by the company helps thousands of commuters to travel between different cities across various states of south India. Online booking of the tickets can be done. The tickets can be booked from any of the 500 K.P.N outlets available across these 4 states. 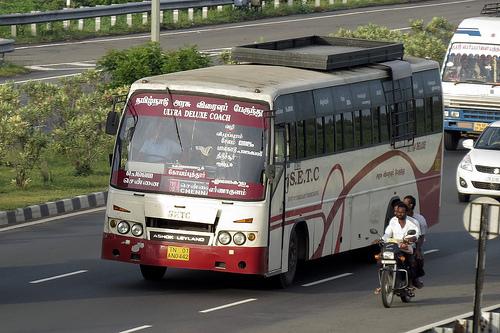 Types of Buses in Salem

Tamil Nadu State Transport Corporation (Salem) Limited has a pool of buses that caters to the requirements of the different group of people. These buses are:

Address of Head office of KPN:

Another important means of transport for roads in Salem is Taxi. Taxi services are offered by Tamil Nadu State Transport Corporation of TNSTC at cheap rate. For local tour within the city and in close proximity in the city, taxi services are offered. For any enquiry, one can call from 7 AM-11 PM. These taxis are not only well-maintained but are provided with knowledgeable and friendly chauffeurs. Some private car rental services are also offered at Salem and many of them offer 24 hours services. 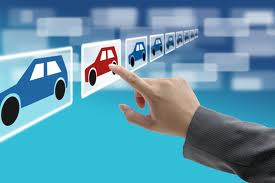 24 hours services are available for Salem City, pick up/drop at Salem Junction, bus stations and airport. The services are fast and reliable. The fleet of taxis includes Indigo, Omni, Indica, Sumo, Tavera, Innova and others. Both AC and non- AC car rentals are there.

Another very popular and frequent mode of transport in and around Salem is the auto rickshaw. The auto rickshaws do not run on meters so it is better to have a talk before you hire them. No pre-paid auto-rickshaw stand is there is Salem. Auto rickshaws are used by the locals as well as travelers to travel within the city as well as to go to the areas that are in near vicinity of Salem.