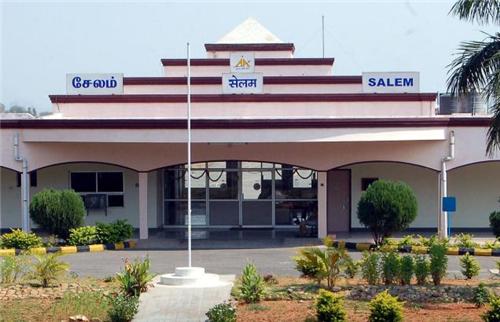 Situated in Kamalapuram, the Salem Airport is 15 km to the north-west of Salem in Tamil Nadu. It is a domestic airport constructed according to international standards and situated on NH7 near Omalur. The airport in Salem serves Salem besides Salem, Krishnagiri and Dharmapuri districts.
The nearest international airport from Salem is the Trichy Airport, placed at a distance of 133.75 km or 83.11 miles. The Coimbatore airport can also be easily accessed being 159 km from the city of Salem. The major airline which services the airport in Salem is Kingfisher Airlines.
The Salem Airport code (IATA) is SXV and the ICAO Code is VOSM.

Located in the Indian state of Tamil Nadu, the Salem airport was built in 1993. Its area of 136 acres land was donated by industrialists and traders in Salem while the cost of making the airport was partially sustained through public contribution. The airport in Salem was initially constructed for Vayudoot services and used small aircraft on its 1,350 metre runway. The airport was later expanded by 600 metres so that bigger planes could operate in that space. The Kingfisher Airlines started operating its daily Chennai flights from November 2009 and used the ATR aircraft for the purpose. 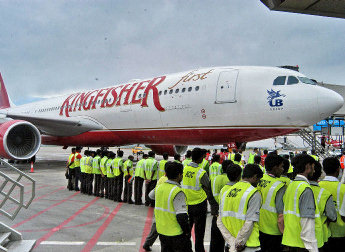 There is one 6000 feet long runway of the Salem airport. It terminal building is capable of handling 100 passengers while its 100 by 7 metre apron can handle 2 ATR aircrafts. Some of the navigational facilities of the airport include NDB (non-directional beacon), VHF radion and PAPI (or precision approach path indicator which is a visual aid for pilots)

Facilities at the Salem Airport

The Salem airport in Tamil Nadu provides the passenger with all essential facilities to ensure you a smooth journey. Some of the amenities made available by the Salem Airport Authority are:

Being a domestic airport, the Salem airport has only a single domestic terminal where the passenger handling capacity during the peak hour is 50. Currently there are no commercial airlines operating here.