Like many other well known places of Salem, Sankari Durg attracts regular visitors as well as pilgrims.  It is the famous Someswar Temple that offers scintillating natural beauty as well as religious touch. Throughout the year, hordes of visitors reach here from other surrounding cities like Tirupur, Trichy etc. Located in the Sankari Taluk of Salem district, Sankari Durg is also known for a huge boulder and a cement factory. The other important cities and towns around Sankari Durg are Talavapatti, Akkammapettai, Konganapuram and Tiruchengodu. 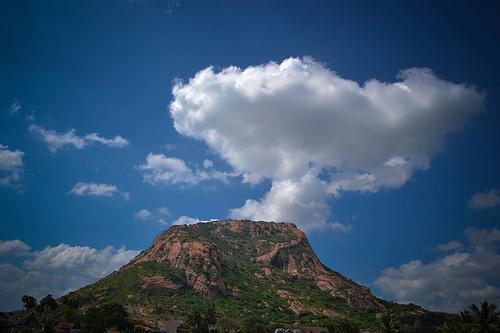 Sankari Durg is famous for its pristine, untouched natural beauty. As it is a small town nestled among the hills, people keep coming here to enjoy the natural beauty. The Someswar Temple in Sankari Durg is dedicated to Lord Shiva. This temple attracts hundreds of visitors especially during the special occasion like Maha Shivratri. The town has a huge boulder that is about 40 ft in height and width both. It is the one that resembles one boulder that is present on Maladi Hills. There is abundance of lime stone in this area and Sankari Durg has a famous cement factory that makes use of the lime stones found in this region. 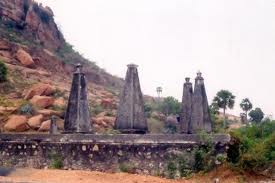 Sankari Durg Durg has got a rich historical significance. It has an untold and rarely known connection with the British time. During the British rule Sankari Durg was known as Sankari Rockfort. At its base British  are found.

The "Sankari British Garrison" cemetery is found at Sankari Durg foothills. In the cemetery you can see two tombs of two important British soldiers who served the "East India Company" and posted to Sankari Durg. The tombs at the Sankari Durg are a reflection of the sacrifice of innocent lives at war.

Sankari Durg is surrounded by many interesting places. They are Erode, Tirupur, Namakkal, Yercaud and others.

Erode is a place that is loved by the nature lovers as it is surrounded by many hill stations. It is only 20 km away from Sankiri Durg. There are numerous wildlife sanctuaries and people do like the wonderful scenic beauty of this place. The important places of Erode are: 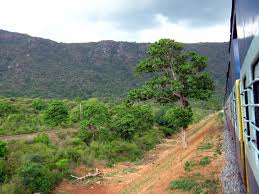 Yercaud is another scintillating hill station. Yercaud is located on the Eastern Ghats on Shevaroy Hills in Salem District. The pristine landscapes and round the year pleasant climate here in Yercaud makes stay very enjoyable for the visitors. The hill station is also famous for orange and coffee plantations. Dense forest of silver oaks, Teak and Sandalwood trees make the place an amazing one.  The various places of interest are:

Tirupur is another famous town close to Sankari Durg. The town is famous for textile and is a famous tourist destination. The scenic beauty of this place is appreciated by the tourists. Other places of interest are:

Like any other places of south India, Sankari Durg has pleasant weather during the months of October to March. Summers are not recommended for tourists due to extremely hot weather. The beautiful surrounding of Sankari Durg and other places of interest in and around this town can be enjoyed during winter and spring months. 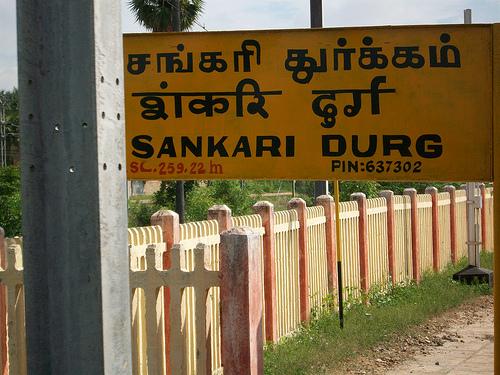 How to Reach Sankari Durg:

Sankari Durg can be reached through any means of conveyance namely rail, road and air.


By Road: Sankari Durg is well connected to the major cities of Tamil Nadu and thereby can be reached by public or private buses or also by own cars. Cabs can also be hired to reach Sankari Drug.

By Air: Sankari Durg can be easily reached via air because the nearly by Airport is the Salem Airport which is only 43 KM from here. From Salem Airport, buses as well as taxis are easily available to reach Sankari Durg town.

Hotels in and around Sankari Durg

As this small town is visited by regular travelers that include tourists as well as business men and people on official tours, there are plenty of hotels available in Sankari Durg. There are budget hotels as well as luxurious ones here at Sankari Durg offering all types of basic amenities and facilities to the visitors. The hotels nearby are: