A well known and loved pure veg restaurant, Shree Saravana Bhavan was started by Mr.V.C.S. Shivraman in 1993. Today, the single restaurant has transformed into a chain of the restaurants, bakeries and ice-cream parlour in the city of Salem and around it. Today, the 2 branches of the restaurant chain are operating outside city, in Yercaud and Tirunelveli. The cuisine includes the South Indian and the continental cuisine, which includes various types of soups and other food items. 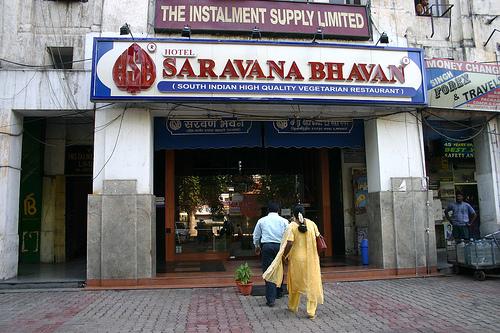 Hotel Sri Saravana Bhavan was founded on 3 Feb 1993 at Salem by Mr.V.C.S. Shivraman. Today, it is one of the highly known pure veg restaurant where you and family members can come for a fine dining experience. Although, it had a small beginning, today after 21 years, after the opening of other branches  the restaurant has increased into a restaurant chain which comprises of  one hotel, one ice cream parlours, 6 restaurants, 2 bakeries and so on in the city of Salem and also in other cities such as Yercaud and Tirunelveli. The company also provides outdoor catering services for the events.

The mission and vision of Shree Saravana Bhavan is to serve the real authenticated mouth watering South Indian dishes to our customers. The chefs of the restaurant prepare the dishes as the traditional home made recipes with the strict quality control without any compromises on any detail. When it comes to the Shree Saravana Bhavan, the restaurant provides a fine dining experience with high quality and hygienic meal in trendy and casual ambiance. 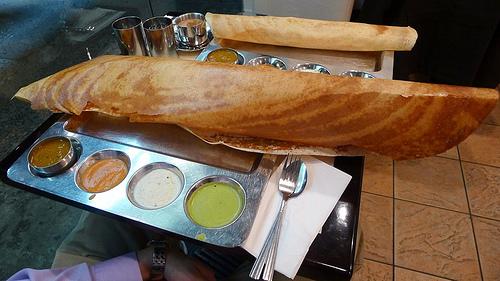 An upscale South Indian restaurant, Shree Saravana Bhavan provides you a taste of the real and authentic South Indian food and cuisine in casual and trendy ambience which includes Channel music, polished cutlery, a live kitchen, beautiful seating, a trendy lounge, the party area, a business lounge, impeccable service and the fantastic cuisine. In addition to that, we also offer a range veg fast food, a vast range of delicious ice creams, lip smacking bakery and confectionary products and fresh juices.

The company also have diversified into outdoor catering, where they can serve more than 5000 people at a time. With a team of the experienced specialized chefs, they are able to serve the authentic and real Indian, Chinese, continental, Mexican and South Indian cuisines. 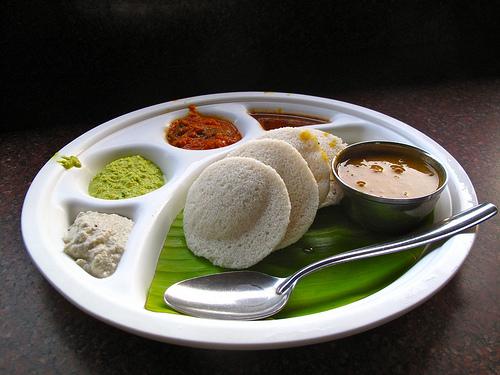 In addition to that, Shree Saravana Bhavan has also opened a trendy snacks and ice cream parlour for the benefits of the customers. It is perfect for small party, quick snacks and get together.

Breakfast is one of the important meals of the day. A beautiful day begins with a good meal for everybody in their homes. Likewise when you travel to other places you will go to a good restaurant to have your breakfast. Here in Saravana Bhavan, the daily food items which most of them prefer will Idly, Dosai and Poori at all times. Some of the other items can include the Masal Roast to the favorite Ghee Roast. These Indian vegetarian restaurants prepare very special fresh and tasty items like the Vadai, Oothappam and the Pongal along with the breakfast every morning.

Some of the Chettinadu special items of the Saravana Bhavan restaurant include Appam and Dosai that are tasty and delicious. Other items of the foods are the Sevvai that are prepared with Tomato, Coconut and Ragi. Special items can be Idly Uppuma and a Toast of Bread.

Sarava Bhavan Restaurants play a vital role in beverages or hot drinks where 80 % of the business is known to move on with this. Tea and Coffee are all time favorite beverages which are available at any moment they take a chance to step into the restaurant. 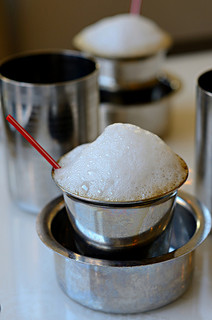 Items like the Oats milk, Boost, Horlick’s and Bournvita, kappi are available for the children and the elderly people who come to the restaurant.

Soups are available in the Saravana Bhavan restaurant where many people aim to have them as a starter at the lunch or dinner time. Soups are more in liquid form that have more ingredients of vegetables added to it to make it tastier. Mainly kids have these soups at their leisure time. There are different varieties of soups from the Sweet Corn Soup to the Oats Soups.

Tandooris include different varieties of Naan, Parotta’s and Kulchas and Rotis which are available during the evening hours in the Saravana Bhavan restaurant.

Dry Vegetables make you strong and healthier and are good for your body. Dry vegetable menus are listed lot in the Saravana Bhavan restaurant. Fresh vegetables like the cauliflower and the mushrooms are used for preparing manchurian and chilly items. Other favorite dishes start from Paneer 65 to the Idly Manchurian which many of them prefer to taste at least once in their lifetime.

When want to be away from the heat of the sun, take a drive to the Sri Saravana Bhavan restaurant and have some cool drinks that are made of fruits like Orange, Pineapple, Mango and Watermelon. Special cool drinks can be prepared from Apple, Sappota and Madulai.

Ice creams are the most favorite ones for the small children. You can see the children running to the Saravana Bhavan to have their mouth watering ice creams after their school time. Vanilla is the most popular variety of the ice creams. Other top products can be the Chocolate, Fruit Salad, Strawberry, Pistha and the Butter Scotch. Children also have these ice-cream balls in the evening time.

Recognitions and the Awards:

Explore more about Food in Salem