The temples in Salem, Tamil Nadu are a testament to the religious history of India. Salem, a district of Tamil Nadu in India, is 340 km from Chennai. It is the fifth largest Tamil Nadu city as far as the population is concerned. The city is full of temples of various deities of the Hindu mythology. A list of the 10 most famous temples is given below:

This temple in the city of Salem is the oldest one amongst other temples. Situated on the banks of River Tirumanimuthar, it is the temple of Goddess Kottai Mariamman. 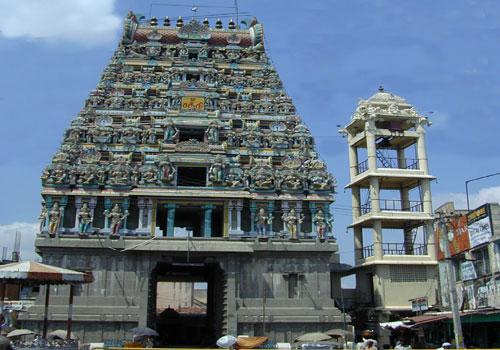 It was built by the Chara Kings. Goddess Periya Mariamman, the guardian deity of the Salem Fort, was worshipped for decades by the people of Salem.

This temple is in Maravaneri, Salem, close to the Government Arts and Science College.  The Ellaipedari Amman temple is mainly famous for its 7 days festival during March as well as April months. A large number of people visit the temple during this festival. The main attraction of this festivity is an interesting custom of walking on the fire. It is an amazing thing which should not be missed. 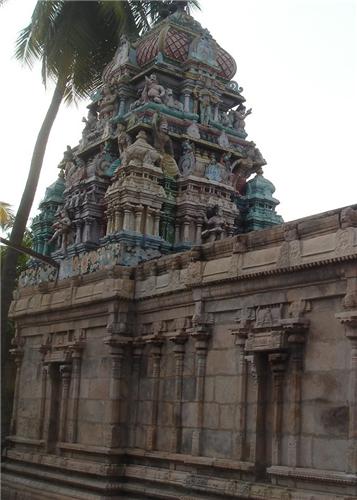 This 13th century temple is a very important pilgrimage site in Salem. The temple was built by Mamannan Sunadara Pondiyan. It has a tale which says that, Suga Brahmarishi prayed and executed penance here. The interior of this temple is full of historical monuments and a statue of its principal deity.

Located at a proper distance of almost 27 km from the main Salem city, the town of Tharamangalam is known for its temples. The most famous of the temples is the Kailasanath temple acclaimed for its architecture. The temple consists of detailed stone carvings and statues. A lotus rotating at its ceiling is the main attraction here.

Thus, from the above mentioned list of 10 popular temples there is no doubt that Salem is a “Town of Temples”. The temples reflect the age old customs and belief of the people in the Hindu mythology. For pilgrims from all over India, Salem is a must-see place as they can worship a lot of deities here.

This is one of the most popular temples of Salem. Located in the city of Ariyanoor, it is in the private hands of a mission known as Vinayaga Mission. 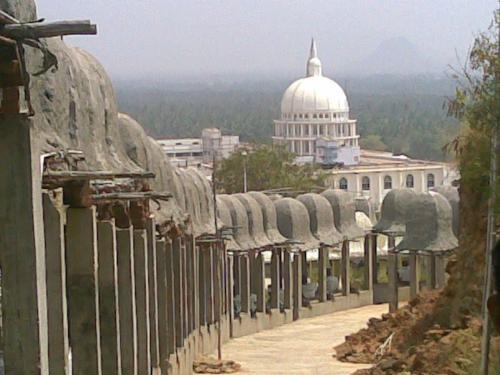 As evident from the name itself, the absolute presence of the 1008 Shiva Lingams is the main feature of this temple. Nandi stands in the ‘moolasthanam’ of the temple.

This ISKCON temple was set up in 1999 by a group of Brahmacharis from Andhra Pradesh. It is situated just off the Bangalore-Madurai highway. The deities worshipped are Sri Sri Gaur-Nitai and Sri Krishna. The temple has a good number of full time devotees many of them are from abroad.

The main festivals celebrated here are Sri Krishna Janmasthami, Govardhana puja, Gaur Purnima, Radhashtami and Narsimha Chaturdashi. During these festivals, organized in the Devigam Kalyana Mandapam, international speakers are invited. The devotees sing bhajans and prasadam is distributed to them. Apart from such events, the ISKCON authorities conduct Bhakti-Sastra courses every year as well.

The town of Tharamangalam in Salem is famous for its historic and magnificent Kailasanathar Temple. This temple is known for its stone carvings of the mythical dragon, Yali. Various scenes extracted from Hindu mythology are depicted in this temple with the help of stone carvings. 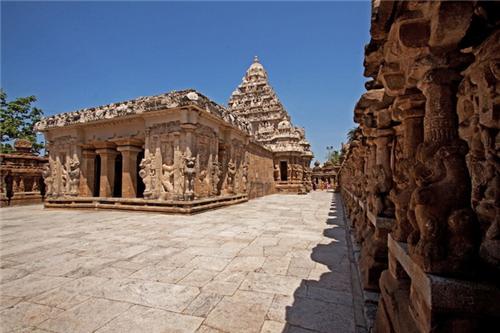 The Kandhaswamy Kovil Temple was laid by Pazhani Kavundar and constructed in the 18th century by Katteri Lakshmana Kavundar. It is even named Kalipatti. Kandhaswamy Kovil Temple is a Murugan temple; as such it is one amongst the richest in Salem. The devotees are believed to be cured by the ‘karunsambal’, which is made from snake poison and performs as an antidote.

At the east facing main entrance of the temple is an ornately carved 5-storey gopuram or tower built in the style of Dravidian architecture. The various deities worshipped in this temple are Lord Ganesha, Vairavar, Sun, Sandana Gopala and Lord Muruga. A big holy garden is to the northern side of the temple. Several Chola bronzes gifted to the temple were found in an underground locked cellar.

It is one amongst the most beautiful temples in Salem. The principal deity of this temple is Shiva. The temple dates back to the tenth century with parts of the temple existing since then. The temple has a huge tank, one of the most exquisite of its type in South India.Siddhar TempleThis temple is also known as the Kalangi Siddhar temple. It is one amongst the 18 Tamilian Siddha temples and lies at the footsteps of the Kanja Malai Hill. There are a lot of small reservoirs, perennial wells and waterfalls in and around this temple. 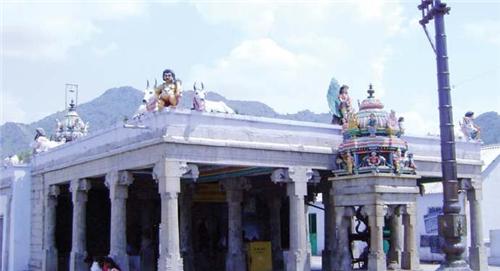 The popular myth is that the clear water from these wells can cure people. Special pujas are held in this temple on the days of half moon and the days of full moon.

Arulmigi Alagirinathar Temple is positioned at the heart of the city of Salem. It is also named as Thirukoil Kottai Perumal or Kottai Perumal Koil. The temple was made many centuries back and is famous for its old sculptures. The prime festival of this temple is Vaikunt Ekadasi. During this festival, a large number of devotees flock the temple. A lot of other festivals are celebrated around the year like the Brahmotsavam, Pavithrotsavam, Navaratri and Puratasi.

Another very special occasion celebrated here at this temple is Aandaal Thirukalyanam. A special garland has to be brought from Srivilliputtur to honour the deity on this auspicious day.Two more important temples near this one are Azhagiri Perumal and Mariamman. When the Perumal temple fell down in 1854, these deities were shifted to the Karapura Nathar Kovil. When this temple was rebuilt in the year 1865, the deities were brought back once again.