Geographically speaking, Salem lies right at the centre of the state of Tamil Nadu which puts it at an equidistance from all major centres of Tamil Nadu and therefore an ideal location for a weekend getaway. Given below is a brief account of what places one can visit while on a weekend trip to the city. Top 6 popular tourist destinations in and close by Salem are given below.

Weekend Getaways in and around Salem 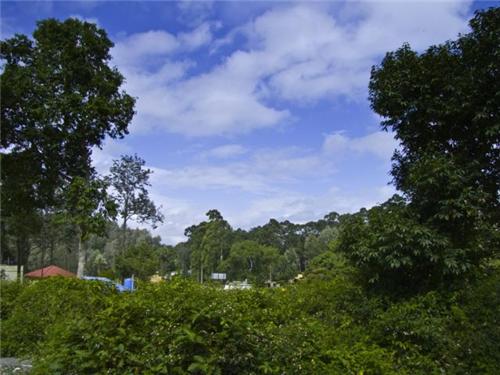 Yercaud is one of the most renowned hill stations in Tamil Nadu located at a distance of around 22 kilometers from the city of Salem. These hills are an extension of the majestic Shervarayan range on the Eastern Ghats located at a height of 1550 meters or close to 4800 feet above mean sea level. The hill scape is  known for its orange groves and coffee plantations whose aroma adds to the beauty of the hills in addition to an orchidarium operated by a government organization called Botanical Survey of India.

At the highest point on these hills, lies the Shervarayan Temple which is situated at a height of 5325 feet, from which these hills gets its second name of Shevaroy Hills. Yercaud hills is also famous for its lake which is a very popular tourist boating site along with its green lush landscape and gorgeous gardens. 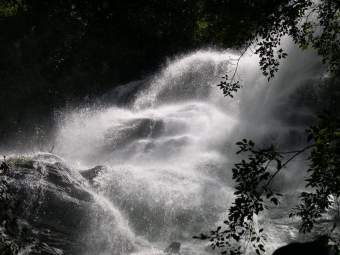 Kiliyur Falls are a pristine and popular amongst all the tourist spot visited by nature lovers and tourists who throng the location during the peak season period every year.

The water flowing over the Yercaud Lake drop 310 feet or 95 metres in to the Kiliyur valley region.

The falls is situated at a distance of approximately 2.4 kilometres or around 1.5 miles from the Yercaud Lake. It is a spectacular sight during the monsoons when the water level is at its highest. 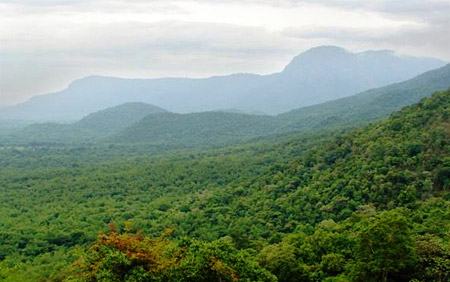 Popular sightseeing spots  for tourists are Selur Nadu and Sekkuparai, places which must be  part of your itinerary when you visit Kolli Hills.These spots are rigorously being promoted as potential hotspots for tourists.

This place has a pine apple research farm which grows a variety of never before seen pine apple varieties.For adventure lovers and the dare devils out there, Koli Hills is nothing but a dream come true with its abrupt terrain.This location is currently being given a facelift. If the notion of exploring an untouched Eastern Ghat location thrills you, then Koli Hills is definitely worth a visit. The best time to visit the hills is during the post-monsoon or the monsoon period.

Hogenakkal is a location in Dharmapuri District where the river, Kaveri enters Tamil Nadu. It is one of most popular tourist and picnic spot in the area and is frequently visited by local and nearby residential population. At one point, Hogennakkal falls forms an island from where one stream continues and drops down into a deep gorge to create a breathtaking water fall. 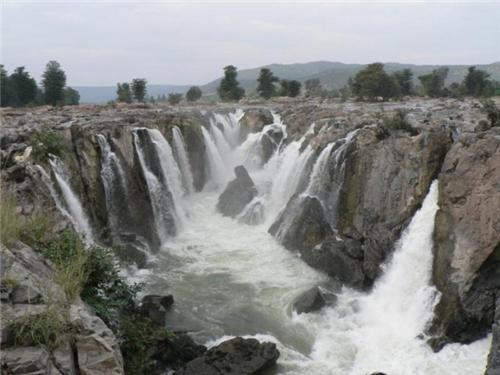 From the water spray of this fall rises a droplet cloud resembling a screen of smoke hence the name, Hogenakkal (Hoge denotes smoke and Kal denotes rock), smoking rock. Bathing in the waters of the Hogenakkal falls is generally considered to have a therapeutic effect on your body as the waters of the Kaveri flows through an herbal jungle before it reaches Hogenakkal. So people flood the falls to take a bath with a stimulating oil massage for rest and relaxation.

The name Mettur denotes a town with tricky and twisty troughs and crests. The place got its name on account of the unrelenting rocky terrain. This makes the town an ideal location for a hydrological dam constructed on the Kaveri River, supposedly the lifeline of Central and North Tamil Nadu. Mettur dam is a large and the oldest dam in India built in the year 1932. 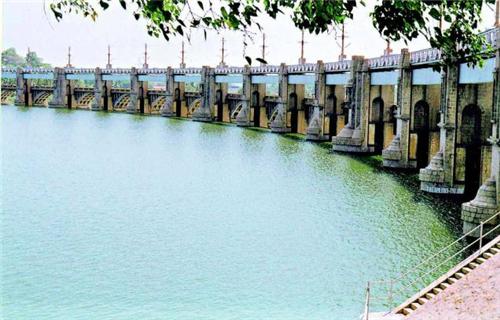 It is a source of irrigation to farm lands situated in many districts surrounding the area and thus is a boon for farmers. The length of the dam is around 1650meters. The Mettur hydro-electrical power project station is also located there. Surrounded by hills, Mettur is a very famous tourist attraction. Upstream of the dam lies  the Hogenekkal falls. 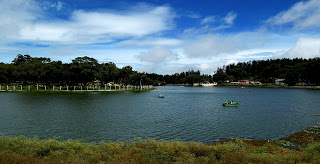 This is a natural lake located near a village called Panamarathupatti situated in the close vicinity of suburbs of Salem City. This lake is used to and to some extent still meets the water needs of some parts of the southern suburbs of Salem City as well as for the agricultural farm lands around the lake.

The total area covered by this lake is around 475 acres. Tourists are attracted by the picturesque beauty of the lake. This lake is even named as the Vedanthangal of Salem district as the lake attracts exotic species of many birds during the peak season. Though Panamarathupatti has frequent bus services from Salem bus stop, a drive to the place is also a good idea to reach the place. It takes around 20 to 35 minutes to reach the Panamarathupatti Lake from Salem city.