Named as the jewel of the South, Yercaud is a hill station at an altitude of 1515m above the sea level in the Salem district of Tamil Nadu. ‘Lake forest’ is the translation of the word Yercaud as ‘Yeri’ in Tamil stands for Lake and Kaadu means forest. It is located in the Eastern Ghat on the Shevaroy hill range and is well connected to the city of Salem through a highway that ranges about 28 km.

The apogee of the hill range is the Servarayan temple, amidst the forest and the lake, and hence the name Lake forest. It is characterized by a salubrious climate varying from 13?C to 29?C with an aesthetic disposition. This resplendent quality is sure to attract throngs of tourists. 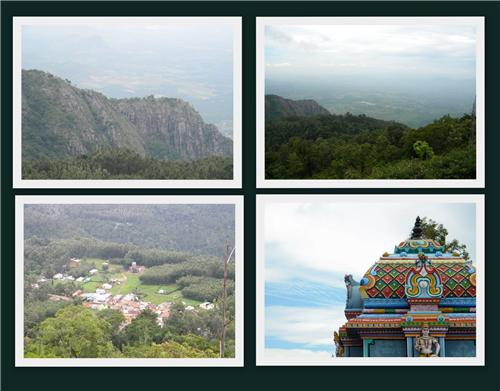 The governor of Madras Presidency in 1842, Sir Thomas Muroe founded Yercaud but the title of ‘father of Yercaud goes to David Cockburn, who was a Scott collector of the district of Salem around 1820-1829. He had contributed much to the development of Shevaroy and also in the plantation of apple, coffee, pears.

For the flamboyant voyager, Yercaud is a quintessential trekking spot to vent out all the adventure within.  Just like any other hill station, the scenic beauty of Yercaud is tacit and implicit with idyllic and quaint sites. The intransigent tourist hospitality together with the serenity it offers, Yercaud stands atop to be the best hill stations. Hence the resolution to enjoy an exuberant and raucous time in Yercaud is a good proposition after all.

Flora and Fauna in Yercaud

The epicenter of the flora in Yercaud is the National Orchidarium and botanical garden affiliated to the southern circle of the Botanical garden. An array of trees and shrubs are rife in the area with the pitcher plant grandstanding among them. Plants and animals endemic to the region are found in the forest in Yercaud. 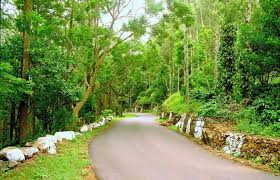 As a beautiful Tourist Spot

A panoramic view of the hill station is got from a point called Lady’s seat through the telescope. Yercaud lake is the epitome of the place with a wood amidst the lake. Killiyur falls is another fascination which is a 90 foot waterfall. For spiritual experience, Servarayan Temple is situated at the highest point of the Shevaroy hill. The lord Servarayan and the lordess Kaveri are the main deities of the temple.  Another deity Lord Murugan is said to have resided the Bear’s cave situated close to Noton’s Bungalow.

Pagoda Point also gives a luxurious panoramic view besides the temple it houses. A rose garden and silk farm are also endemic to Yercaud with rearing of mulberries and silk spinning seen just 2 km from Yercaud town whereas rose garden is replete with different varieties of roses. 15 km from the town is located the Heaven’s ledge which is a cliff in the Gowri estate of Yercaud transformed into campsite to promote tourism. On the whole, the primacy of trekking in Yercaud attracts a lot of rovers without being dubious as Chennai trekking club organizes the trek in the region.

How to Reach Yercaud Hills

By Car: It takes 40 minutes to reach Yercaud by car since it is 28 km from Salem. There are 20 hair pin bends with greeneries on both sides. It takes 22 km from Bangalore and 358 km from Chennai.

By Rail: Salem junction is the nearest railway station which is 35 km from Yercaud

By Air: the airports in the vicinity are Kamalapuram airport in the taluk of Omalur (30 km) and Trichy airport(163 km). Bangalore airport is 230 km away and the Coimbatore airport is 190 km from Yercaud